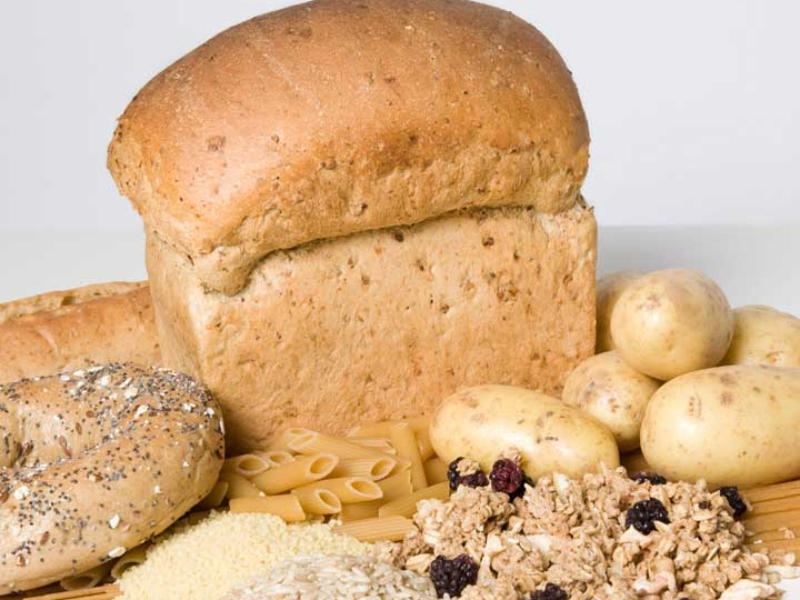 Diet after a diagnosis of cancer can affect outcome, according to a study that followed colon cancer patients, published online November 7 in the Journal of the National Cancer Institute.

The researchers found that the patients who ate a starchy high-carbohydrate diet were nearly twice as likely to have a recurrence as those who ate a better balance of foods, and the effect was most pronounced in patients who were obese or overweight. It is believed that a starchy high-carbohydrate diet increases insulin levels, and insulin and insulin-like growth factors are known to promote cellular growth and spread, lead author Jeffrey Meyerhardt, MD, MPH, from the Dana-Farber Cancer Institute in Boston, Massachusetts, told Medscape Medical News. However, the take-home message is not a conclusive “eat less sugar,” Dr. Meyerhardt noted.Naturopaths and alternative health practitioners often encourage cancer patients to avoid all sugar, but Dr. Meyerhardt explained that it is “not that simple,” and that “total avoidance of sugar is not necessary.” It is the glycemic load appears to be important here, and complex sugars, starchy foods, and carbohydrates have higher glycemic loads, he said. “Our study certainly supports the idea that diet can impact the progression of colon cancer, and patients and their doctors should consider this when making posttreatment plans. But further research is needed to confirm the findings,” he said in a statement.

In an accompanying editorial, Neal Meropol, MD, and Nathan Berger, MD, from the University Hospitals Case Medical Center and Case Western Reserve University School of Medicine in Cleveland, Ohio, also call for more studies to “expand the evidence.” “Although not definitive regarding the impact on colorectal cancer recurrence, the convergence of clinical observations and biology provides a compelling justification to test hypothesis-driven interventions in prospective randomized clinical trials,” they write. The editorialists suggest that, in the meantime, patients should follow the advice of an American Cancer Society expert panel ( CA Cancer J Clin 2012;62:243-274), which recommends that colon cancer survivors “maintain a healthy weight, participate in regular physical activity, and eat a well-balanced diet consistent with guidelines for cancer and heart disease prevention.”

Data From Dietary Questionnaire Dr. Meyerhardt and colleagues conducted a follow-up of patients with stage III colon cancer taking part in the Cancer and Leukemia Group B (CALGB) 89803 trial, which was sponsored by the National Cancer Institute. Participants had their primary tumor removed surgically and then received adjuvant chemotherapy with 5-fluorouracil and leucovorin (whether this was with or without irinotecan had no effect on outcome). Participants completed a semiquantitative 131-item food frequency questionnaire during and 6 months after the trial. The researchers used this information to study the effects of diet on cancer outcomes. Previous findings from the CALGB showed that colon cancer patients with the highest consumption of a Western diet (characterized by a high intake of meat, fat, refined grains, and sugary desserts) had a 3-fold increase in cancer recurrence and death, compared with patients with the lowest consumption ( JAMA. 2007;298:754-764). In this CALGB follow-up study, the researchers analyzed data on 1011 patients, looking at total carbohydrate intake, glycemic index, and glycemic load. Overall, patients with the highest glycemic load and carbohydrate intake had an increase in colon cancer recurrence or death of 80%, compared with those with the lowest levels (adjusted hazard ratio, 1.79; 95% confidence interval, 1.29 to 2.48; P trend < .001). However, this effect differed significantly by body mass index (BMI), the researchers note. The association was significant in patients who were overweight and obese, but not in those who had a normal body weight (BMI below 25 kg/m²). The editorialists note that the magnitude of the associations between dietary glycemic load and carbohydrate intake and poorer disease-free, recurrence-free, and overall survival were “clinically meaningful.” However, they add that the interaction observed suggests that the association is restricted to patients with a higher BMI. This is an observational study; it does not prove that a diet with a high glycemic load and carbohydrate intake causes a recurrence of colon cancer, Dr. Meyerhardt cautioned.

However, “the results strongly suggest that such dietary factors play a role,” he added, and they “may offer opportunities to further improve patient survival.”

Tweets by spandrikopoulos
To help personalize content, tailor and measure ads, and provide a safer experience, we use cookies. By clicking or navigating the site, you agree to allow our collection of information through cookies.
I agree